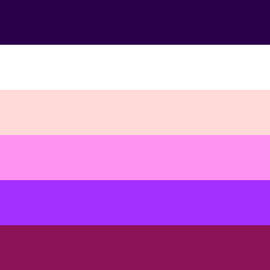 A carrd explaining what it means to be unlabeled, the meanings behind the flags, and more.

What does it mean
to be unlabeled?

Unlabeled, also referred to as non-labeled, no label, or label dropping, is a term for people who do not wish to identify with specific labels. People can have many reasons to be unlabeled, such as feeling that their identity isn't anyone else's business, not wanting to specify much about their identity, not wanting to tie oneself down to a label, not feeling like any labels fit, feeling confused or overwhelmed by labels, or for other reasons.Many people identify with specific identity labels, such as gay, genderfluid, or polyamorous. Unlabeled people instead opt not to use specific labels, whether in application to their gender, sexual orientation, other aspects of their identity, or a combination of these things. Some unlabeled people use labels to describe some aspects of their identity, but not all. For example, an unlabeled person may identify as bisexual, but choose not to label their gender at all.Some unlabeled people may identify with umbrella terms, or with labels that are fairly vague and leave a lot of room for interpretation. Examples of such labels include queer, pomosexual, pomoromantic, pomogender, uingender, a-spec, m-spec, sapphic, achillean, transgender, genderqueer, non-binary, novigender, and comgender. Some unlabeled people may also generally prefer not to label themselves, but occasionally use specific labels to describe certain experiences, such as demisexual, bigender, or any other label.A lack of labels does not necessarily equal a lack of identity, and one may experience their identity in a specific way without labeling it. Unlabeled people are also not necessarily questioning, and may not have any desire to find a label to describe their experiences. It is important not to assume that unlabeled people are questioning, and is additionally important not to force labels onto people. Giving unsolicited label suggestions is also rude; this is true for unlabeled people and people who identify with labels.The term "unlabeled" was historically used to refer to lesbians who did not identify themselves as being butch or femme. However, this term has become much more broad in its application.

Is "unlabeled" a label?

Describing unlabeled as a label is like describing agender as a gender. Agender is not a gender; it is a lack of gender. It's a description, an identity, or a label, but it is not a gender.Likewise, unlabeled is a description. It is a term describing a lack of labels. It is not a label in and of itself. Some may describe "unlabeled" as being a label, just as people may describe "agender" as being a gender. However, in doing so, one fundamentally misunderstands these terms. The unlabeled term is meant to describe an experience outside labels, not be another label. Turning "unlabeled" into a label misses the point of the term.

If it isn't a label, why does it have a flag?

Flags don't just represent labels. They also represent communities, identities, and people. Flags offer visibility, awareness, and solidarity. Some people also just like having a flag!
Most importantly, flags are not labels. Not all unlabeled people like to use flags to represent themselves, and that's fine! However, unlabeled people who do use flags are not any less valid, and having a flag does not suddenly mean that they are labeled.

Short answer: no.Long answer: Queerbaiting is the use of queer imagery to market to LGBTQIA+ people, without offering genuine or overt representation. It is an inherently manipulative practice which uses the LGBTQIA+ community for profit and publicity, while simultaneously denying that they've done so. It is essentially the act of pretending to represent LGBTQIA+ people, then subsequently ripping the rug out from underneath us and pushing us aside.Someone's personal identity inherently cannot be queerbait. Not wanting to label yourself, as well as not wanting to disclose your identity, is not queerbait. That is a personal decision. Nobody owes it to anyone to label themself, and nobody owes it to anyone to come out as a specific identity. Nobody owes anyone their identity.

Who can identify as unlabeled?

Anyone who prefers not to identify with specific labels can identify as unlabeled! No matter how someone experiences their identity, all people are welcome under the unlabeled term.

How do unlabeled people experience sexual orientation, gender, etc? What pronouns do they use?

Unlabeled people can experience their identity in any way, and can use any pronouns! It depends on the person. The unlabeled term only specifies a lack of interest in labels.

Are unlabeled people part of the LGBTQIA+ community?

I don't want to label myself. Does this mean that I have to identify as unlabeled/non-labeled/etc?

Not at all! Forcing people to identify as unlabeled is the opposite of what the term is meant for. In fact, forcefully applying it to people would essentially turn it into a label. "Unlabeled" is not a prescriptive identity; it's just a descriptor that people can use if they want to!